Linking Past and Present 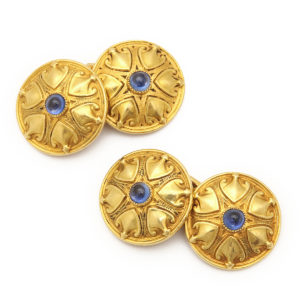 Utilitarian and decorative, cufflinks have an interesting background. For much of history men’s shirt cuffs were hidden beneath outer garments, as their exposure was considered indecent. This began to change in the sixteenth-century when ruffles, the antecedent to the modern cuff, appeared on men’s dress. In the following centuries men began to adorn their wristbands with buttons, but it was the starched cuffs of the mid-nineteenth-century that necessitated an easier fastening solution, heralding the era of the cufflink. In fact, shirts with attached buttons were fairly uncommon, ensuring the widespread use of this accessory. 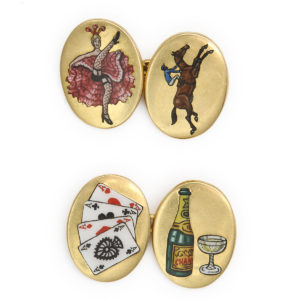