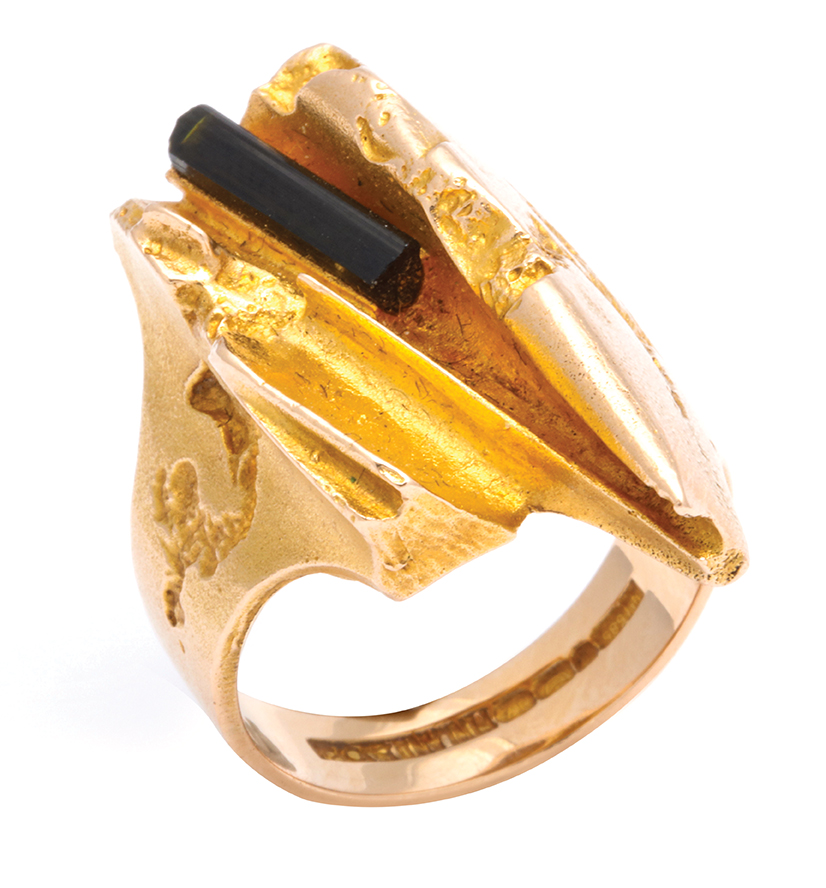 Both a jeweler and sculptor, Finnish designer Björn Ragnar Weckström considers his jewels to be miniature sculptures. His work is characterized by rough surfaces, uncut semi-precious stones, and asymmetrical forms. He graduated from Helsinki Goldsmith School in 1956 and became known worldwide, participating in many exhibitions over the years. Among his most well-known pieces is a necklace worn by Carrie Fisher as Princess Leia in the 1977 film Star Wars. 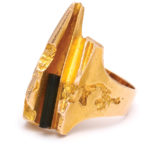