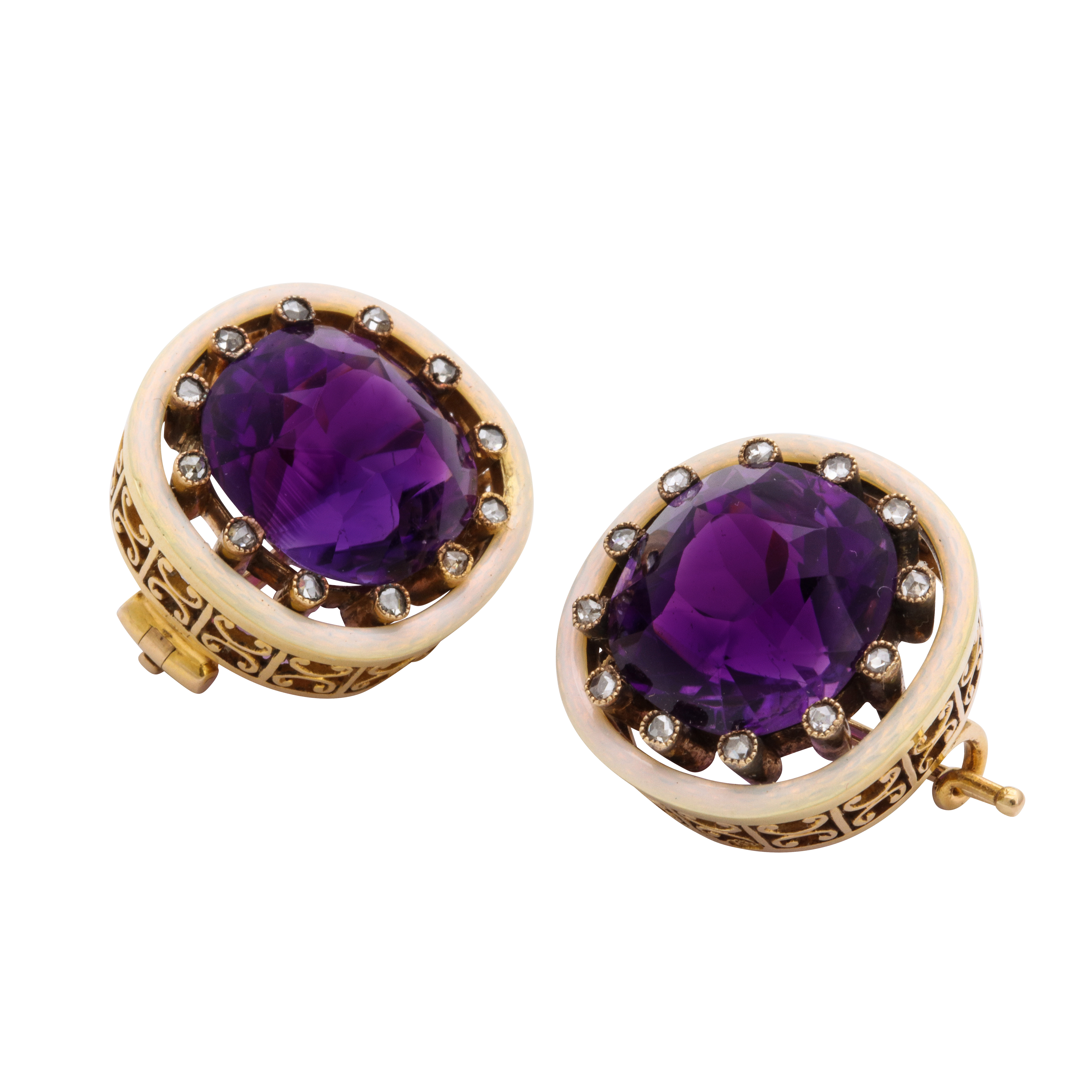 Two cushion-cut amethyst brooches, each encircled with rose cut diamonds and a white enamel border, set in silver and gold. 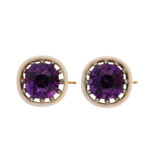