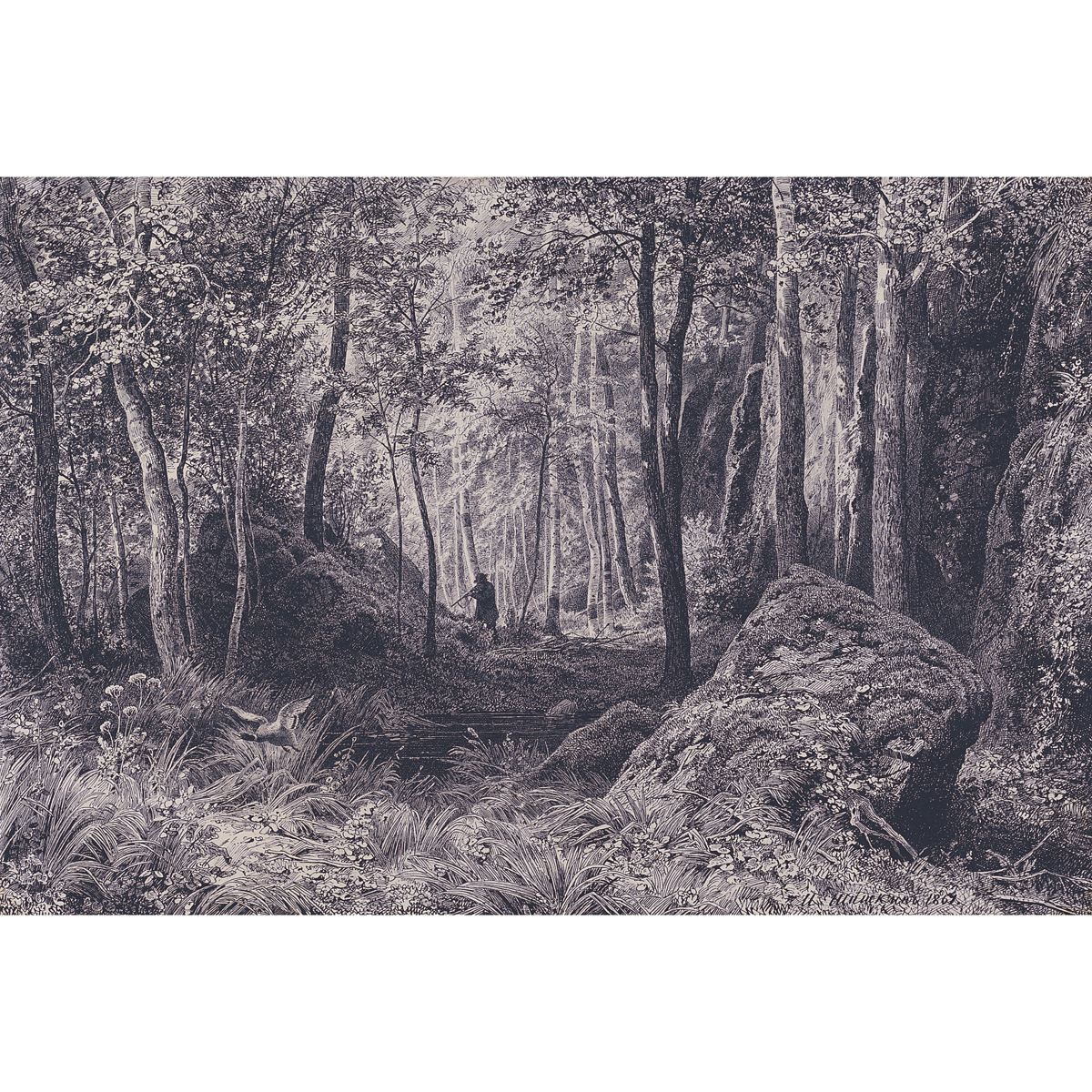 The location is Valaam Island in Lake Ladoga, a popular source of inspiration for Shishkin. Although this work closely relates to an oil painting of the same year in the Russian Museum, Shishkin deemed drawing an art independent from painting. He was an excellent draftsman, and much more involved with drawing than other landscapists. The present work exemplifies his special skill with pen, and typifies his dense style on a large scale, often confused with etching.

Admired as one of Russia’s greatest landscape painters, Shishkin was a founding member of the Wanderers. Born in a provincial town into a merchant family, he studied at the Moscow School of Painting, Sculpture and Architecture in the early 1850s, followed by the Academy in St. Petersburg, where he later taught. The forests and fields of Russia, its people and peasants, appealed to Shishkin and the Wanderers, and they saw landscape painting as both critical to genre, and as narrative itself.