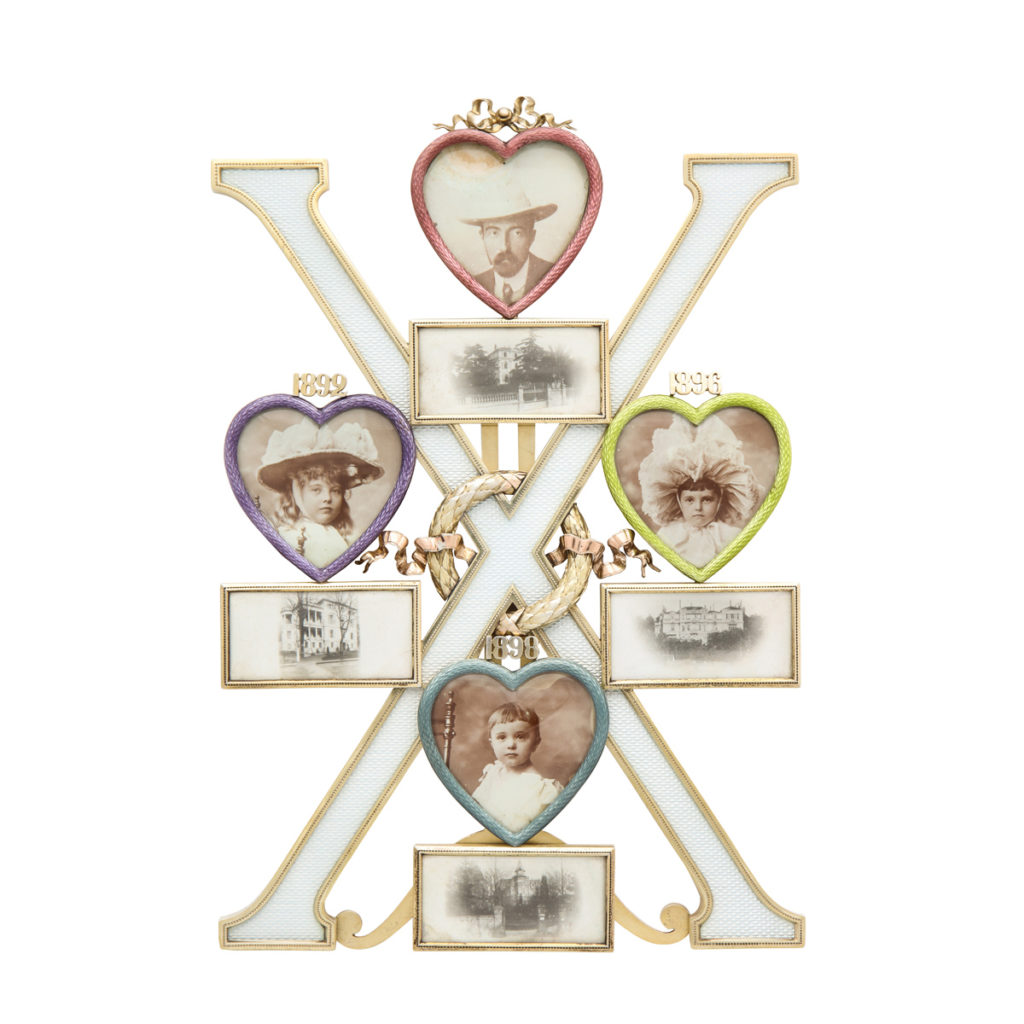 A gift in 1901 from Grand Duke Michael Michailovitch to his wife Countess Sophie von Merenberg, a granddaughter of Pushkin, on the 10th anniversary of their marriage. Grand Duke Michael was a grandson of Nicholas I and a nephew of Alexander II.

The gilded silver and guilloché enamel frame features a Roman numeral ‘X’ with a wreath at its center, surrounded by four heart-shaped frames enclosing photographs of Grand Duke Michael (1860-1929) at the top, daughters Anastasia (b. 1892) at the left and Nadezhda (b. 1896) on the right, and son Michael (b. 1898) at the base, with their birth dates and framed scenes of their houses.