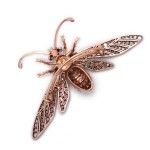 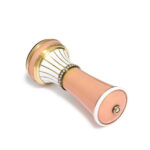 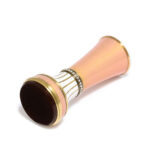 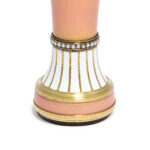 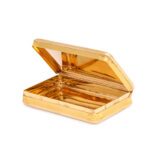 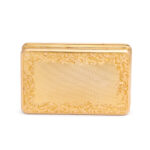 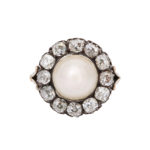 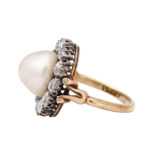 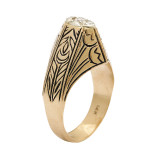 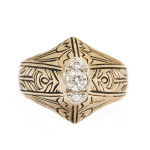 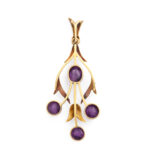 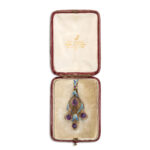 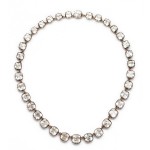 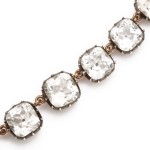 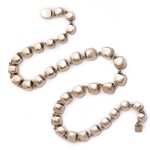 Gold and enamel patch box with a scene of Mt. Blanc as seen from Lake Geneva. 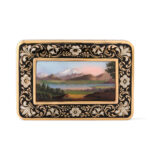 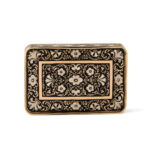 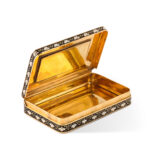 Pair of 18k gold and woven hair pendant earrings. These earrings appear in our Victorian hair jewelry video on our videos page. 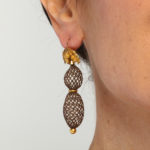 A Thimbleful of History

Antique thimbles are trinkets most often of precious materials, as beautiful as they are functional, imbued with both sentimental and intrinsic value. While they originated as sewing implements, over the centuries their decorative features evolved to complement their new functions as fashionable gifts, status symbols, and tokens of affection.

In the preindustrial era, the significant amount of domestic sewing made thimbles and other sewing implements common household possessions. Over time, they became increasingly valuable. For example, by the sixteenth-century, silver thimbles were listed in wills and other legal documents.

In this period, decorative thimbles became fashionable gifts, a trend believed to be set by Elizabeth I of England (1558-1603) when she gave a gem-set thimble to a lady-in-waiting. For centuries it was customary to include thimbles and other sewing tools in a bride’s trousseau, a tradition that carried into the nineteenth-century. Thimbles given by a lady’s fiancé usually featured inscriptions like ‘A token of regard’ or ‘Forget-me-not.’ 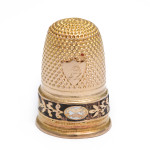 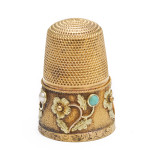 The production of porcelain thimbles began in the eighteenth-century by a number of factories, but thimbles from the Meissen factory remain the most revered and sought after by collectors. Porcelain thimbles share common decorative motifs like flowers, birds, silhouettes, landscapes, fishing or hunting scenes, pastoral scenes, harlequinades, and chinoiseries. Rims are often scalloped or crenellated.

Gem-set thimbles featured an array of gemstones like moonstone, amethyst, jade, topaz, sardonyx, coral, onyx, turquoise, carnelian, and moss agate. Some were thought to have apotropaic qualities specifically for protecting eyesite, a fair concern for a seamstress. Moss agates protected the eyes, as well as sardonyx, which offered the added bonus of defending witchcraft. Turquoise thwarted eye disease and poison. 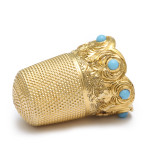 Today, thimbles still make excellent gifts and are avidly collected. Also, if one happens to be in search of a protective amulet, by all means, consider a thimble.