Finely and elaborately carved coconut mounted as a tankard with silver gilt mounts and gilded interior. Features the profiles of Peter the Great, Catherine the Great, and Elizabeth 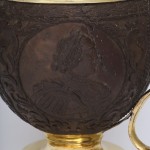 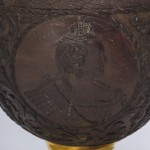 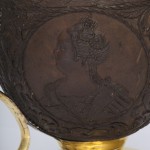 Gilded silver and shaded and cloisonné enamel kovsh with geometric and floral motifs on a blue ground. A kovsh is a traditional Russian drinking cup, originally carved out of wood in the form of a duck. In this decorative kovsh, the bird-like form is clearly evident. 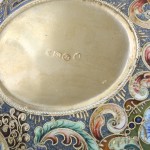 The most noted Russian jeweler from the late 19th century to 1917, the year of the Revolution, was Carl Fabergé. He produced some of the world’s finest enamel work, featured on many different types of items, ranging from clocks to frames to jewelry.  Works of art included sculpture such as hardstone flower studies and miniature animals, and household items such as bellpushes, often made for the Tsar and other wealthy Russian families. Original Fabergé works of art have become some of the most coveted antique items on the market.  (More to come.)

Gold-mounted red lacquer charka, the handle set with an emerald.

Austrian-born Carl August Ferdinand Hahn founded his company in 1873. He became an important supplier to the Imperial court and was awarded the distinction of purveyor to the court during the reign of Alexander III. 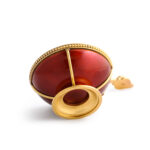 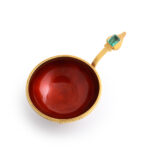 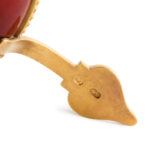 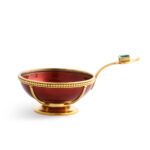 Images celebrating the hunt were a common design motif in nineteenth century decorative arts. The St. Petersburg firm Nicholls and Plincke, also known as Magasin Anglais, was established by two Englishmen, Constantin Nicholls and William Plincke, in 1829. One of the most important retailers of luxury items in Imperial Russia, the firm initially imported English silverware and also later produced designs inspired by it, in addition to a wide range of important works of silver, and thereby catered to Russian aristocracy’s growing taste for western design.

Niello is a method of decorating metal using a metallic alloy composed of silver, copper (or zinc), lead, and sulphur, which produces a blackish hue.  Used by the ancient Egyptians and the Romans, the technique later spread throughout Europe. It is known to have existed in Russia since the tenth century, and figured prominently in Russian decorative arts over the centuries. 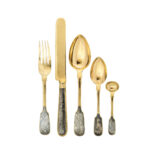 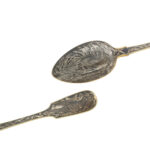 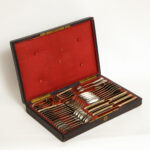 A kovsh is a type of Russian drinking vessel, the oval shape modeled from a boat, with some versions designed as birds and ducks. Originally made of wood, silver versions emerged in the 16th century as the form increasingly assumed a ceremonial status. 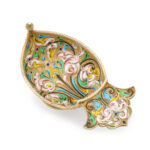 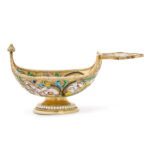 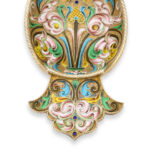 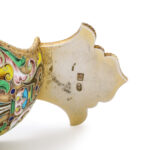 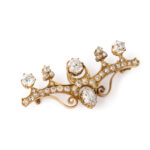 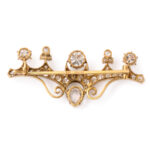 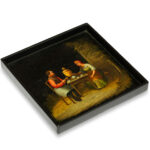 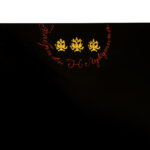 Red lacquered papier-mâché Easter egg with a depiction of the Resurrection on one side and a cathedral on the other. The interior inscribed in Cyrillic: From the St. Petersburg Old Believers Accepting the Priesthood.

The Lukutin Factory was the most important creator of lacquerware in 19th century Russia, and held the Imperial warrant.  Fabergé is known to have embellished Lukutin works with gold, silver, and gemstones. 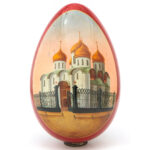 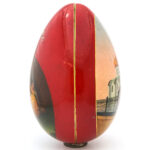 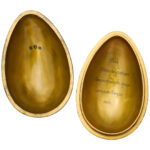 Bronze icon, including the Transfiguration, Crucifixion, Entry into Jerusalem, and the Nativity.